Tel Aviv – a City Rich in Museums As befits a modern Israeli city with an ancient past, Tel Aviv, a city rich in museums, showcases many dedicated to various aspects of Jewish and/or local culture and history. Visiting Beit Hatfutsot – The Museum of the Jewish People in Tel Aviv, located on the campus of Tel Aviv University, is a unique experience. The modern facility, which was expanded with the addition of a new wing, will be redefining its Jewish focus in years to come, as renovations on its original
wing are on schedule for completion in 2019.

The museum describes the Diaspora experience of the Jewish people in over a hundred countries for the past 2500 years. Nearby, the Eretz Israel Museum, built on the 12th-century B.C. Tel Qasile archeological site, traces the developments of crafts and trades through the ages, and there are also pavilions dedicated to a variety of other activities associated with the Land of Israel, from copper to numismatics to postal history, and more. The museum's planetarium is an interactive state-of- the-art facility with a show and rotating stage, and is well worth a visit, especially since the ticket includes free entrance to the
entire museum. 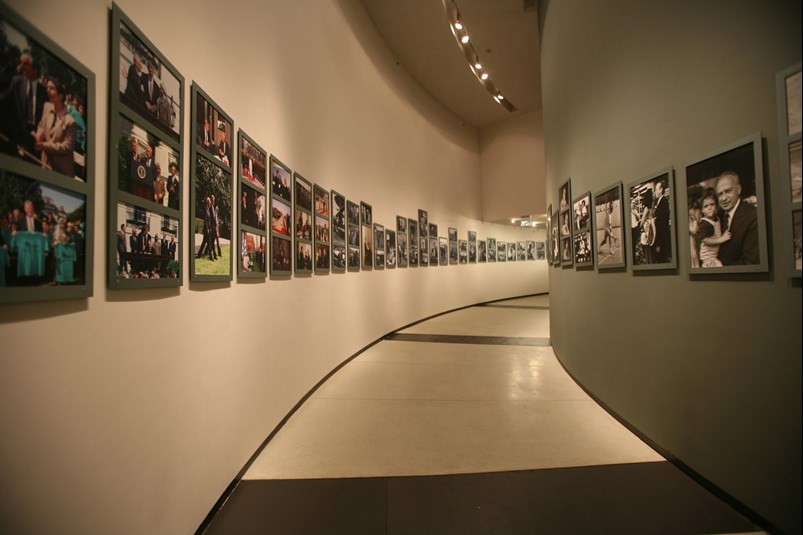 tour for groups in the museum

"Museum Mile"
In the area around Tel Aviv University and Beit Hatfutsot, a number of other museums have been opened in recent years, transforming this pleasant part of the city into Tel Aviv’s new “Museum Mile.” The Palmach Museum explores the legacy of the Palmach (the acronym for “Plugoth Mahatz,” Hebrew for “Striking Force”) through the stories of individuals and groups associated with it, from the time it was established in 1941 to aid the British war effort in defense of the Land of Israel, until it was disbanded and integrated into the Israel Defense  Forces. There are no displays or documents here, but rather an account of a fascinating personal story accompanied by three-dimensional decor, films and various effects incorporating documentary materials.

The tour - for groups only and subject to prior reservations - commences and ends in the commemorative hall for the Palmach fighters that died during the struggle for the establishment of the State of Israel. Individual tourists are welcome too and can register to tour the museum as part of an ad hoc group.

The museum’s second permanent exhibit focuses on fighters from Israel’s War of Independence - some of them unknown - that took part in the war effort after arriving straight from the displaced person camps in Europe and North Africa in the wake of the Second World War and the Holocaust, and from detention camps in Cyprus, where they had been incarcerated by the British after being captured while attempting to enter British Mandate Palestine (modern Israel).

Named “Holocaust Survivors in the War of Independence,” it is housed in a separate wing. Situated between the Eretz Israel and Palmach museums, the Israeli Museum at the Yitzhak Rabin Center, is dedicated to the life of the former Prime Minister of Israel and Nobel Peace Prize Laureate who was assassinated in 1995. It focuses on Rabin’s life as the connecting thread in Israel’s history, and visitors can follow the development of both Rabin’s life and the history of the country by means of individual audio devices that enable them to tour at their own pace, or to follow along when they are part of guided tours. Visitors interested in Yitzhak Rabin and his legacy will also want to visit the site of his assassination, at the steps leading up to Tel Aviv Municipality, and the memorial that was inaugurated there on the first anniversary of his death.

Made of 16 basalt stones sunk into the earth, it symbolizes Rabin’s roots and his deep connection to the land. The stones are set at varying heights and lit from below by a red light, suggesting an “eternal flame,” and graffiti that were inscribed on the surrounding walls in the days after the murder, have been preserved. Passers-by often stop at the monument to pay their respects and many thousands attend the memorial service held at Rabin Square - so renamed in the wake of his death - every year in November, on the anniversary of his murder. 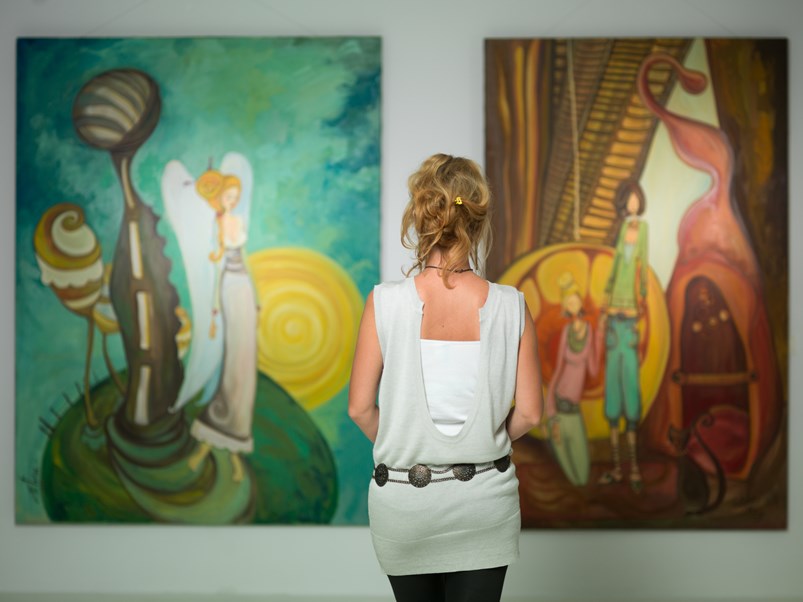 Tel Aviv Museum of Art
Close to the city center, the Tel Aviv Museum of Art mounts exhibitions at its main center, located on Shaul Hamelech Blvd, and at the Helena Rubenstein Pavilion for Contemporary Art, adjacent to Bronfman Auditorium and the Habima Theater, which it manages. The latter usually showcases works of younger talents and also serves as the setting for Helena Rubenstein’s collection of miniature rooms, on permanent display. A ticket to the museum also includes entry to the Helena Rubenstein Pavilion.
The Tel Aviv Museum of Art inaugurated a new, modern five-story modern wing a few years ago, on an area spanning about 19,000 m² - an architectural triumph in its own right. Described by the New York Times as “…an elongated Rubik’s Cube doused with bleach,” it features a façade comprising 465 flat, interlocking, precast concrete panels of different shapes and sizes.

The museum's main collection, displayed primarily in exhibitions mounted in the original wing, consists of works by just about every well-known Israeli artist of the 20th century. In addition, it features internationally acclaimed European paintings from the 16th through the 19th century, from the Dutch old masters to the Impressionists to modern art, as well as 20th-century European and American paintings (and sculpture). The graphic collection includes more than 20,000 prints and sketches, and a unique selection of early painted reliefs of Alexander Archipenko and works by Chagall that the artist donated to the museum before its establishment, are among the museum's outstanding works. The museum also serves as a venue for performing arts and cinema.

Smaller Tel Aviv-Region Museums Many smaller Telo Aviv-region museums also dot the local landscape, some in homes or workplaces that have been transformed for the purpose. The Ilana Goor Museum, for example, situated in Old Jaffa in the private home of the artist after whom it has been named, features her works, as well as pieces from her private collection. The rooftop of the facility is also available for private events, and the museum offers tours in a wide range of languages that include both its collections and Jaffa itself. The Joseph Bau Museum in central Tel Aviv, in the former studio of an Israeli painter, graphic artist, animator, author, poet and publisher - and
Israeli secret service operative - was set up by his daughters to perpetuate his legacy.

The Nahum Gutman Museum in Neve Tzedek is dedicated to the works of Nahum Gutman, one of Tel Aviv’s pioneer artists. Housed in a building constructed in 1887, it features a rotating exhibition of many of Gutman’s works. More niche-market public museums abound as well, including the preserved Tel Aviv house of David, Ben Gurion, Israel’s founding father and first prime minister. Independence Hall (the home of legendary Tel Mayor Meir Dizengoff, where Ben Gurion read out Israel’s Declaration of Independence in public for the first time and which has been preserved to look exactly as it did in 1948. Following recent renovations, a new plan was drawn in May 2016 to remove the recently added parts of the building in order to restore the structure to its original form on the day of the Declaration of Independence ceremony. The house will become a museum across all of its floors and serve as a new home for the declaration scroll.