West of the clock tower square (a right turn on foot, just after the clock tower, when arriving from Tel Aviv) Ruslan St. leads to Kedumim Square, Jaffa&#39;s Old City center. The street runs past the Mahmoudiya Mosque, named after an early 19 th -century ruler of Jaffa Mahmoud Abu-Nabout, who rebuilt the mosque after much of Jaffa had been left in ruins by Napoleon’s 1799 invasion.

His nickname (Abu Nabout, which means “father of the club,” or “truncheon”) refers to the fact that he was never seen without a Billy club in his hand, using it to exert his authority on anyone and everyone that would not bend to his will. During Abu Nabout’s rule, the gates of the city were close by the mosque. 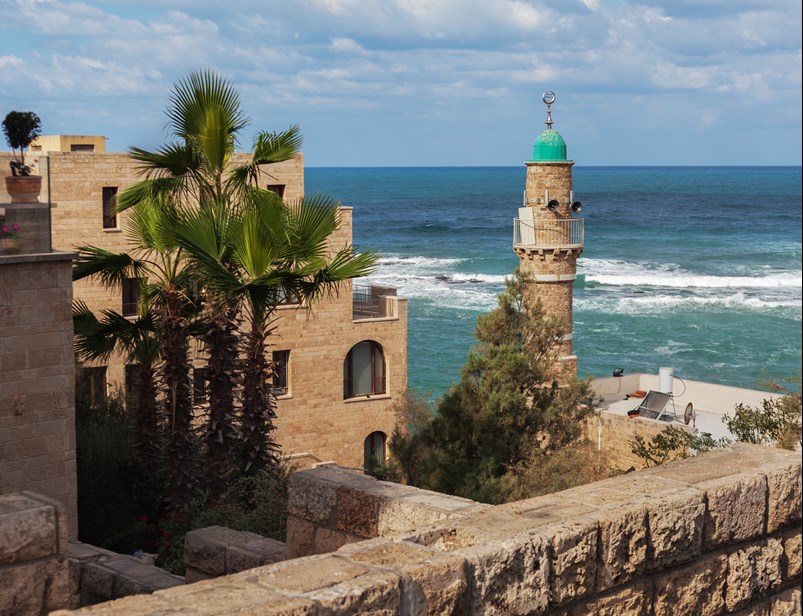 They were always locked at sundown and the ruler forbade the gatekeepers from letting anyone enter Jaffa after that hour. According to one local legend, one day Abu Nabout himself, lost in thought during a tour of orchards on the outskirts of the city, was late in returning. He knocked on the gates, but to no avail.

The ruler had no choice but to spend the night in the fields - and then had carved on the trough the dubious inscription: “Cursed be he who takes as a friend, a person from Jaffa".

Up the hill to the left, Pisgah Park was designed by the Municipality of Tel Aviv-Jaffa in the 1960s as part of its overall plan to renovate Jaffa&#39;s Old City, which had been a haven for derelicts, criminals and the impoverished, till then. Before passing through the park and down towards the alleyways of the Old City, stop off at the Jaffa Antiquities Museum, which served as a combination post office and prison in the 18th century, during Ottoman times, and later was used as a soap factory.

Within the walled Old City itself, known for its artists’ galleries, antique shops and 18 th - century buildings and remains, built for the most part of Crusader foundations, the Old Jaffa Development Corporation has invested large sums to develop central Kedumim Sq. and reconstitute Old Jaffa’s new tourist information center with its “Jaffa Tales” presentation of Jaffa down through the ages amid archeological remains from the thousands of years of its history. 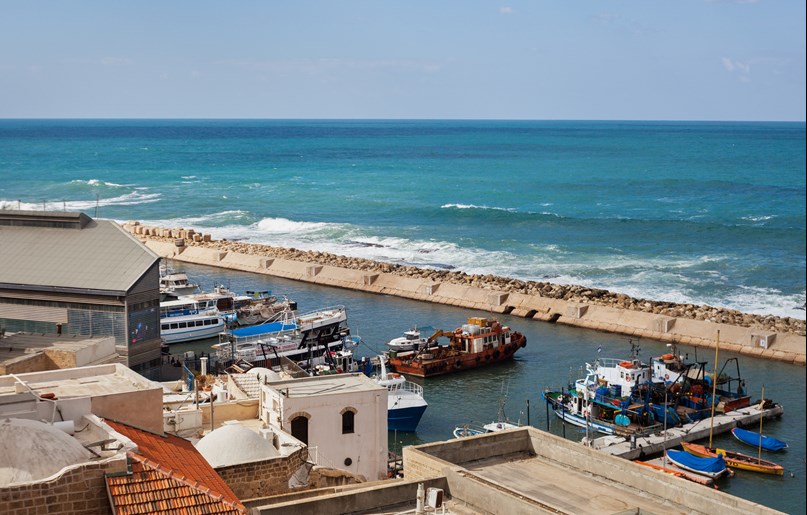 Featuring a Jaffa timeline, artifacts from various historical periods and a multi-media show presentation, the experience is narrated by one Yehuda Agronimos, a real resident of the city in ancient times, the uperintendent of the local market at the beginning of the first century A.D., who lived in an actual house that is part of the tour, located in the midst of what is the current tourist information center. New shops and upscale restaurants have also started to dot Old Jaffa’s refurbished open-air square.

Kedumim Square leads down to the port via a number of new galleries and gallery attractions that have opened along the alleyways. Old Jaffa by Night Old Jaffa is especially popular at nights, when the balmy Mediterranean air is tempered by sea breezes. Israelis and tourists alike enjoy strolling through the alleyways, stopping off at a cafe, restaurant or night club.

The Noga Theater, annual cultural events like “Jaffa Nights,” (a series of free outdoor summertime concerts by leading Israeli musicians) and the special events held at Jaffa Port make this ancient town a major leisure center, and the new restaurants in the flea market area, Kedumim Square and the port, have made it a must for local foodies, revelers and other visitors too.