Neve Tzedek: The Charm of a Neighborhood Tucked away behind the noisy bustling streets of southern Tel Aviv, the area of Neve Tzedek was the first organized Jewish settlement built outside Jaffa.

Established in 1887 in the middle of nowhere as a neighborhood comprised of two streets, divided crosswise by a third, it was an exercise in courage and belief, as the original settlers decided to make their homes so far from the relative safety of Jaffa. Today the walk from Jaffa to Neve Tzedek takes no more than 15 minutes; about 120 years ago, you had to wade ankle deep through loose sand dunes. 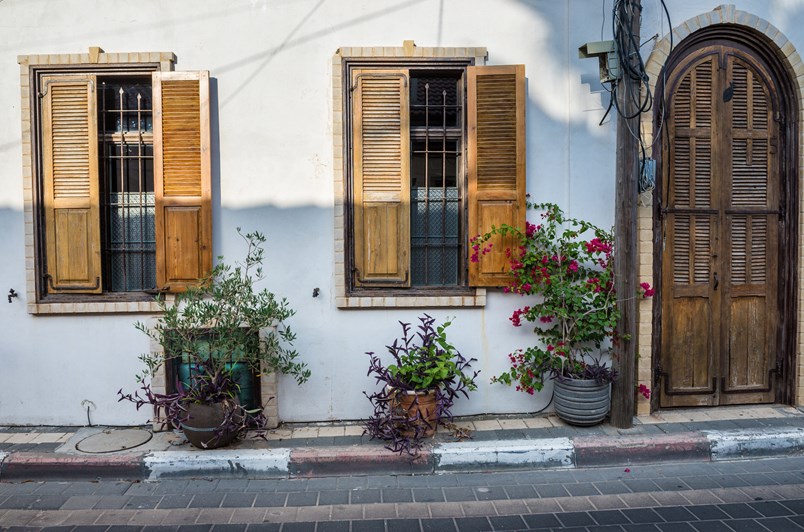 Neve Tzedek is characterized by low houses, narrow streets and a center for theater and dance - all intertwined with wonderful stories from the close of the 19th century and the early 1900s and a sense of renascence.

The neighborhood has been undergoing a wonderful gentrification process that has produced some of the most handsome and sought-after buildings in the city, and the artists, architects and writers living in these new and renovated pastel homes are keeping the creative and spiritual soul of the district alive, contributing their talents and resources to the neighborhood by opening and patronizing unique galleries, shops and cafés.

Nevertheless, Neve Tzedek lives very much today as it did yesterday. During the day, the community rings with the voices of children playing in the school yards. Visitors and residents may be seen wandering the narrow streets, strolling through the specialty shops, or sipping espresso or tea with fresh mint. Almost as if by instinct, they maintain the area’s peacefulness and tranquility.

And those that are lucky enough to find themselves in this quaint neighborhood, on the way to a dance performance or a concert, realize that while the history of Tel Aviv lies under these old cobblestones, this community is much more than an artifact of an earlier era. Its freshly painted walls signify the pride of contemporary Tel Aviv and the promise of what tomorrow will bring. 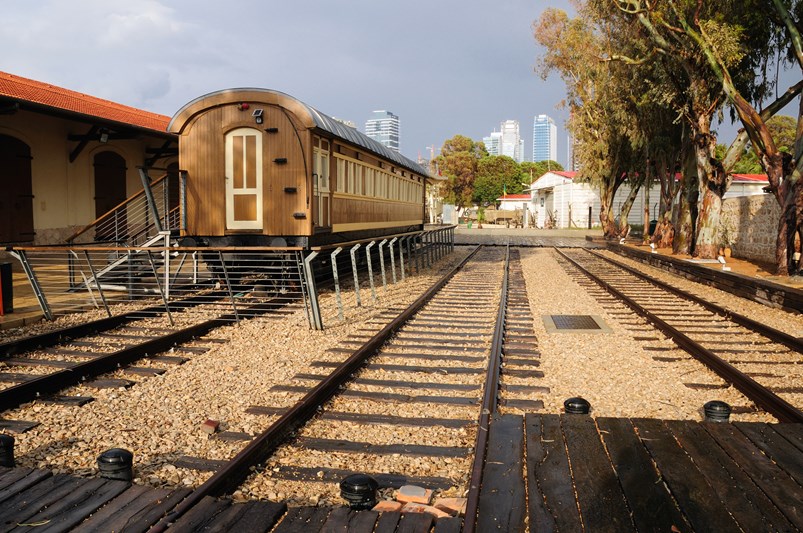 To soak up Neve Tzedek’s "Soho ambience", just meander through the narrow streets and keep your eyes open. Admire the old buildings and some of the newer  enterprises that now occupy them - restaurants, coffee shops, art and artisan workshops and galleries, jewelers, book shops, antique dealers, and more. 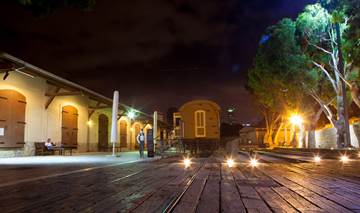