Aside from tours it offers for free to the general public, Tel Aviv Global & Tourism, a subsidiary of the Municipality of Tel Aviv-Jaffa, has also designed a range of other guided city tours, which it markets to groups and individuals, to suit a wide range of interests. The Rothschild Blvd. tour includes a visit to the Herzl/Lilienblum Museum (free of charge), Independence Hall (entrance fee extra), the innovation and entrepreneurship space in the Tel Aviv Public Library and a stop at a start-up company. 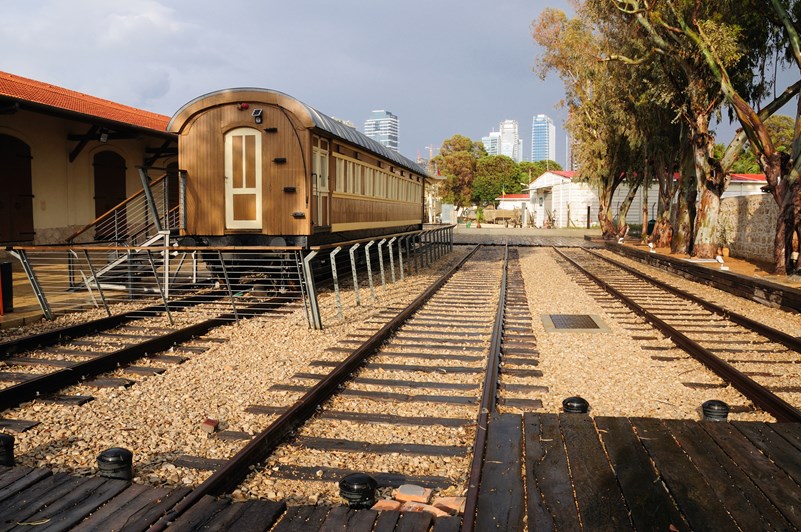 Two of the tours focus on Tel Aviv’s Templar Sarona Quarter. The first is based on the history of Sarona, the 19th-century Tel Aviv district set up by the Templars, Messianic German Christians, to welcome Jesus and the Second Coming from their Holyland homes. It includes stops at the home of the neighborhood dance teacher (which later became the office of the Israel Minister of Finance), the Templar assembly hall, iconic clock and the olive press. The latter tour is a dramatized presentation highlighting some of Sarona’s history and anecdotes.

A tour centering about Neve Tzedek (Tel Aviv’s first neighborhood outside walled Jaffa) and the Hatachana Compound (built on the site of the Ottoman-period railroad that transported passengers between Jaffa and Jerusalem), is another option, with food tasting available as an extra, at additional cost, as are  museum and site entry fees.

A fascinating way to get to know the people that spent time in Jaffa and left their impression: the love story of Andromeda and Perseus; the artist Nahum Gutman; Yosef Moyal and the clock tower; Aris San and the debut of Mediterranean music in Israel; Napoleon captures the city; Abu Nabout the city builder, and many others. A colorful moonlight itinerary through the Old Jaffa’s alleyways, the Clock Tower Sq. the Abu Nabout Mosque, the Greek monastery, Pisgah Garden and a lookout point over Jaffa Port.

For an overview of the history of Jaffa down through the ages, it's worthwhile combining this tour with a visit to the Old Jaffa Visitors Center, situated under Kedumim Sq. The center displays archeological artefacts from land and sea and archeological excavations of houses in their entirety, as part of an interactive tour that includes beautiful film clips and additional surprises.

From the old city and until the 1950s, from flea market merchants to fashion designers and boutiques, from car repair shops to art galleries - Jaffa changing each day, before our very eyes. This tour will show us Jaffa in its various and so very special hues. We’ll meander along Jaffa’s alleyways and meet over a cup of Turkish coffee, in the spirit of coexistence, to listen to stories that have made the city so lovely and fascinating.

The Carmel Market is always teeming with life, fragrances, tastes, and especially people, all of which make it what it is: Itzik and his artichokes; Amrani the spice purveyor; Dorfman, who sells rendered fat, and others too. A tour bursting with taste treats, so be sure to come hungry.

An itinerary of tastes through the streets of South Tel Aviv, among the alleys, and food stands of Levinsky Market. A short introductory tour among the fragrant spice sacks, the marzipan factory, the small shop selling authentic Turkish bourekas, and more.

A tour of an old neighborhood that has been coming to life in recent years. Established as a neighborhood for light industry, Florentine has been transforming into one of Tel Aviv’s most intriguing districts, a combination of uniquely architectonic residential dwellings, areas where light industry is still active, and the spice market, which has become picturesque over the years and teeming with people, and which joins special taste treats with interesting tales. Each delicatessen and shop has its own story, and we will hear them in the course of the tour, as we sample tidbits from all over the world – Turkey, Greece, Yemen, Iran, India, and others. It is a composite drawing of neighborhood where new immigrants, students and artists live side by side, a truly Israeli melting pot. The tour includes an abundance of tastings at unique neighborhood establishments.  It can be combined with a visit to the Lehi Museum. 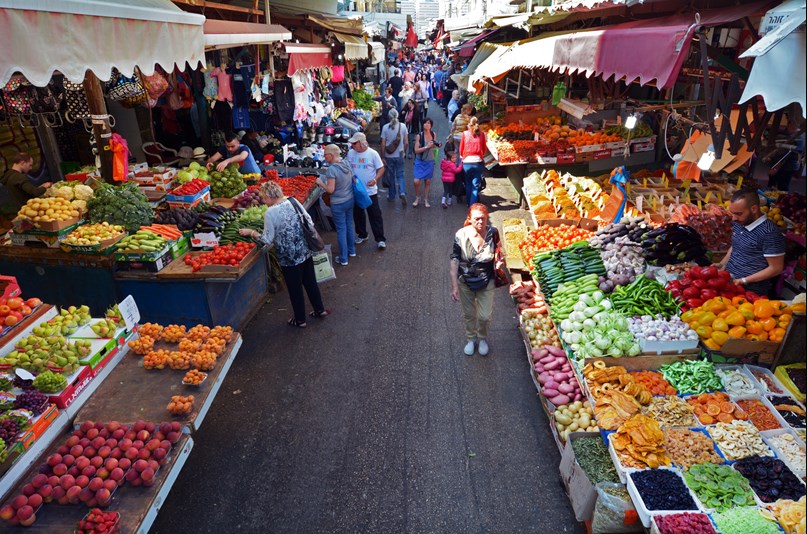 Among the labyrinth of carpentry shops and car repair shops of the Florentine district, away from galleries and museums, works of art no one has ever heard about, can be seen. Who are these street artists? What is their message? And what in the world is graffiti? We’ll enter Florentine’s carpentry area and talk about graffiti, street art culture and learn to identify the signatures of Tel Aviv’s most important nocturnal artists. We’ll also talk about the founders from Thessaloniki that established the neighborhood, and about its new residents.

Into the Depths of the Opera

Meetings that enable the general public to learn and get to know the world of opera up close, by means of a behind-the-scenes guided experiential tour - in the wardrobe storage room, musical workshops, foyer, performance hall and – for the finale – a meeting with an opera singer. The tour includes wide-ranging explanations spices with stories – on the opera house architecture, it history, range of activities and the people behind the scenes, along with other surprises.

Theatre behind the Scenes

The world of the theater is a fascinating world all its own. Aside from what we see on stage, there is an entire behind-the-scenes universe. The tour includes a short history of the history of theater in Israel, accompanied by saucy anecdotes and a tour of the depths of the Cameri Theater – halls, costumes, props and all the secrets of stage design.

Jaffa’s Ajami district, named after a Muslim holy man, has been undergoing transformation in recent years. The neighborhood and Yefet St. served as the center for churches and the institutions of various Christian denominations, at the close of the 19th century. Tour the neighborhood streets visit a number of houses of worship, listen to stories on the houses and other neighborhood tales. An enchanting neighborhood, which has everything: the loveliness of its buildings; camaraderie and friendship among neighbors, and one large paramount God.